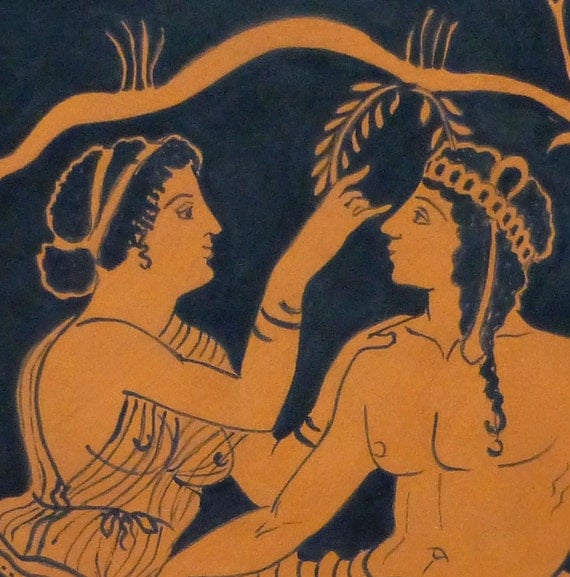 Welcome to your initiation. Your passageway from what has been into what will be. It is your birthright as a child of earth and starry sky to pass from one form of awareness into another, to choose who you will be and how much you will know about the mysteries ever around you.

But who am I, and what brings me here, and what do I know about the mysteries?

I'm a dedicant to Dionysus, an initiate into the mysteries. I am not enlightened. Over the years, I've come to the conclusion that they idea of enlightenment in another folly of mankind, a self created delusion that humanity has a right and a capability to shine light into every corner of the universe, of the Truth, of the self. On the contrary my intention is aimed at endarkenment, not the elimination of shadows, but rather immersion in them. I aim to embrace that which can be found only within the sacred darkness, a darkness and depth that has been too long abused by the initiates of light traditions.

I can see potential for misunderstanding of my above statement, so let me break it down again. The literal world is a world of light and shadows, a world in which life could not exist without the energy given by the sun. Our ancestors loved the light and with very good reason, light was survival, darkness was danger. But human beings are by nature metaphor makers. Via association light becomes life, knowledge, action, power, prosperity; darkness becomes death, ignorance, passivity, fear, misfortune. Looking at this list it might seem obvious to give preference to light over dark, but other associations were made as well. Light also came to stand in for masculine, and darkness for the femine. Light became the soul and darkness became the body. Light became purity and darkness sexuality. The traditions of light didn't merely teach us this metaphorical understanding of reality, it taught us a prejudice against half of the world, and half of our own true natures. The light comes to stand for "us"... the darkness stands for "them". In essence all of the beautiful ideas of those light traditions became a justification for evil destructive behaviors, behaviors that became invisible to those who refused any acknowledgement of the shadows within.

It's a common motivation of the enlightened of the "new age" to attempt to counterbalance such prejudices by acknowledging the lightness of women, the lightness of body, the lightness of sexuality. There is an impulse to bring all good things into the light, and continue to see darkness as a metaphorical equivalent of what is bad and wrong in the world. I believe this motivation is conceived with the best of intentions, but I challenge the feasibility of this conception. In the end the darkness will remain a metaphorical description of that which is strange, dangerous, and unknown. We are moving the lines of who is "us" and who is "them", but the prejudice itself remains.

My aim is not to name myself as an enemy of the light, but rather to become a lover of the darkness, or at the very least those twilight spaces that exist at the edge of the darkness. This is the function of Dionysus (or rather that archetypal essence that was named Dionysus by the Greeks). More than god of Wine and Fertility, he was the guardian of transitions and contradictions of all kinds. Wine and drunkenness have a metaphorical association with the boundaries of pleasure and pain, wellness and illness, madness and sanity. Fertility deals not merely with the pleasures of the body, but with the idea of conception and birth, death and resurrection.

The ancient Greeks, those great lovers of light, had a natural fear and suspicion of Dionysus, but he was still acknowledged as an undeniable power. Entrance into the mystery cults was an opportunity to face ones fears of the unknown and come away with a deeper understanding of reality. Over time the mystery traditions of Dionysus and Demeter were altered. They were incorporated into the later cult of Mithras and even into orthodox Christianity, but focus shifted away from embracing the unknown and toward the idea of conquering it through efforts of enlightenment. Most of the particulars of those original mystery traditions have been lost. For centuries the darkness was not merely frightening, but forbidden. To love the dark was to love the devil, and love of the devil was not tolerated. And yet the lore of Dionysus has survived, and with this lore the possibility of returning to those twilight spaces, where we might renew our embrace of the inviolable darkness, not to penetrate it with a rape of light, but it hold it close to in a spirit of love an tolerance.

My intention with this blog is to share something of the journey I've been on so far, to share my understanding of the mysteries, emerging revelations and inspirations, and to invite others to join me on their own journey into the twilight. I'll be speaking a lot about Dionysus. He has been my teacher in the mysteries, everything I know has come from following the clues that he has dropped in my path as I've meandered through life. I'm happy to share him with you, to make the necessary introductions, so that you might get to know him as I have.